WILKES-BARRE, PA — Desperate for answers in the shooting death of one son, Yvonne George pleaded to be heard in order to save her other child.

Her brief statement capped the raucous and at times unruly city council meeting Thursday night filled with other members of the black community fed up with violence in the city and demanding something be done to end it.

A photo of her son David George was on the collage of black-and-white photos above the words “Stop The Violence” on posters held up in the audience. The 24-year-old man was shot and killed July 18, 2013, on South Welles Street, the seventh of the city’s 13 homicide victims that year.

“I feel that the Wilkes-Barre police every time something happens with a black person down here, the first thing they say is is it’s drug related and it’s gang related,” the deceased man’s mother said. “My son was not in no gang.” 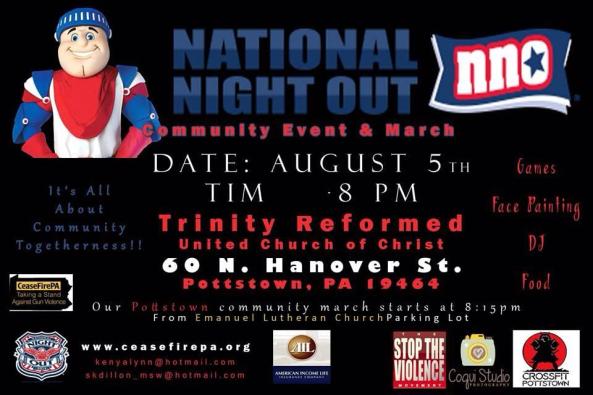 POTTSTOWN, PA — A local hoops legend lent his support Monday night to the anti-violence movement that began in the borough a little more than a month ago.

“When I heard about this, it’s just a natural thing for me to want to be involved in some capacity,” said Howard Brown, the Pottstown grad who went on to play basketball at Villanova and internationally. “We’re actually drumming up a lot of residents and former residents to just not only bring awareness but to talk about some of the issues that we do have, to change.”

With a driving rain cancelling plans for a full march, the Stop the Violence campaign moved indoors at the Ricketts Center, where players in the Olivet Boys and Girls Club’s summer basketball league gathered together between games to pose for a picture and show their support of the movement.

A Maryland resident now, Brown is in town for a combine for his basketball agency, iBall United, which will be held over the weekend both in Valley Forge and at The Hill School. 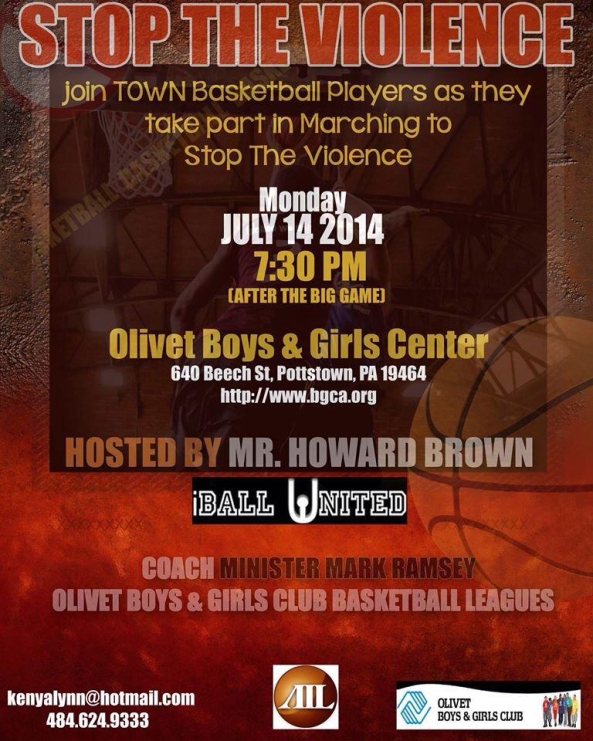 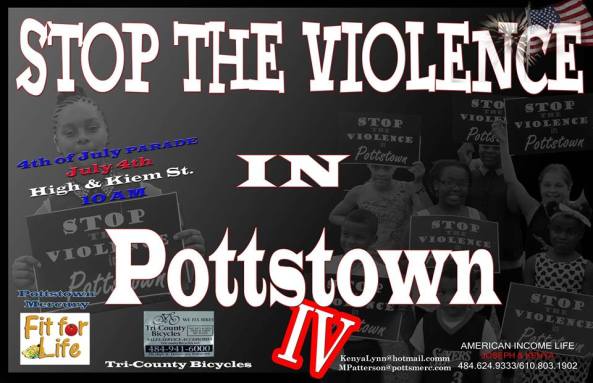