The oversized oyster that rang in 2015 for West York is making a re-appearance at the York St. Patrick’s Day Parade.

York Fish & Oyster Co.’s first-ever entry is designed as an oyster bar, and leprechauns will shuck raw oysters on the float, said Jenn Emig, who co-owns the West York business with her husband, Steve.

After the parade, the company will head to Waterway Bar & Grill and sell about five different oyster dishes — complete with green horseradish, she said.

“St. Patrick’s Day is the day to have fun,” Emig said.

WILKES-BARRE, PA — St. Patrick’s Day is upon Northeastern Pennsylvania, which will include a weekend of parades and other festivities.

For law enforcement, it will mean more work than usual.

Scranton Police Chief Carl Graziano was among the officials at a news conference held at the Lackawanna County Courthouse this week. Officials encouraged residents to enjoy St. Patrick’s Day safely and responsibly.

“As everybody knows, it’s no secret that that’s the biggest alcohol consumption day — at least in the city — is St. Patrick’s Day Parade day,” Graziano said.

Charlie Zahm is one of the most sought-after Celtic singers on the East Coast.  Those who attended last year really enjoyed his concert.

The Saint Patrick’s parade in Scranton boasts 12,000 participants, including multiple bagpipe, high school and string bands. The parade is enhanced by many floats and large balloons. Many Irish groups and societies are also represented. It has been going on annually since 1962 and is organized by the St. Patrick’s Parade Association of Lackawanna County. The parade has received national attention as being one of the better St. Patrick’s parades. The parade route begins on Wyoming Ave in front of St. Peter’s Cathedral, proceeds to Lackawanna Ave. over Jefferson Ave. then down Spruce St to get to Washington Ave. where it passes the William J. Nealon Federal building and finally the reviewing stand.

The parade is preceded by the Parade Day mass at St. Peter’s Cathedral and the Brian Kelly Memorial race.

The city of will hold its 34th annual St. Patrick’s Day Parade at 2 p.m. Sunday, March 16. The parade route will begin at South Main and South streets and will travel along South Main to Public Square, around the F.M. Kirby Center and end at the intersection of North Main and Union streets.

All ages are welcome to enjoy the parade activities and performances throughout the day. Children are invited to Barnes & Noble College Bookstore for a St. Patrick’s Day story hour at noon. Just Plain Crazy Face Art will also be available at noon on Public Square with parade themed artwork for children and adults. 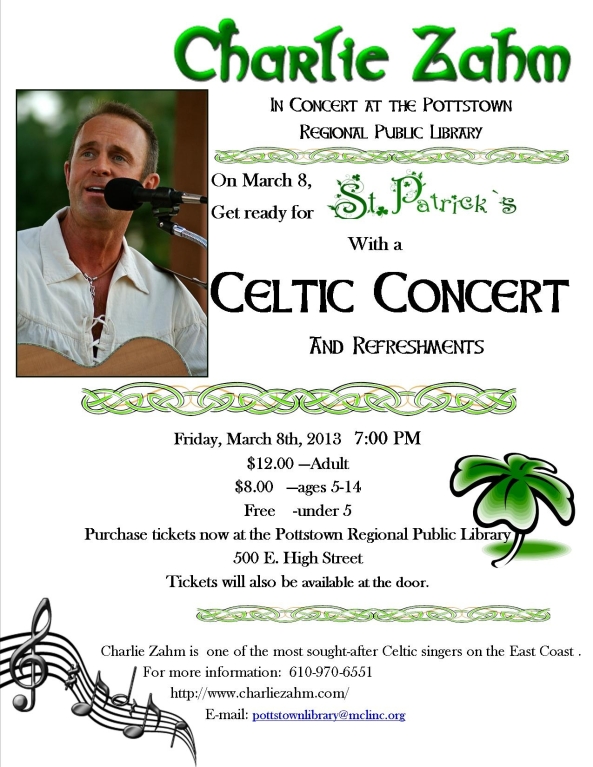 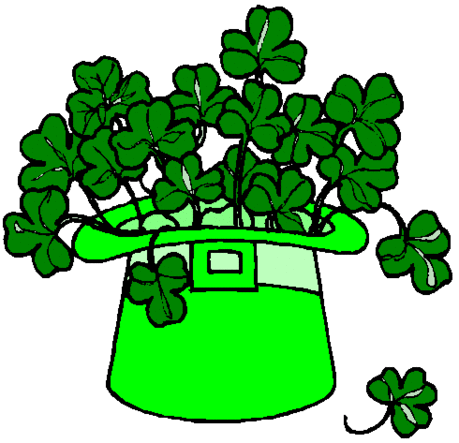 Scranton Mayor Chris Doherty received a letter from the White House inviting him and his wife to celebrate St. Patrick’s Day with the President and First Lady.  Mayor Doherty was surprised by the invitation.  V.P. Joe Biden was born in Scranton and Secretary of State Hillary Clinton’s father was born in Scranton, so there is a Scranton connection in Washington, D.C.

It should be noted that Scranton’s St. Patrick’s Day parade is reported to be the fourth largest in the United States.  150,000 people pack Scranton for the parade and festivities.  The good news is that the parade in Scranton will be on March 12th so Mayor Doherty will still be in town for the celebration.

Congratulations to Mayor Doherty for this high honor.

Happy St. Patrick’s Day to all my readers.  May the luck of the Irish be with you today and always.