Editor’s note:  We love it when folks use existing successful business models for a blueprint. Why reinvent the wheel when a tweak will due 🙂

COLUMBUS, Ohio — About $1 billion in development around an arena primarily for hockey transformed a dreary section of downtown Columbus that used to be an industrial area and home to a run-down prison.

“People didn’t come downtown very often, and they certainly didn’t live here. Things are different now. This is a place to be,” said Sherri Lyle, 44, of suburban Powell, who works in Columbus’ 14-year-old Arena District.

The Pittsburgh Penguins are paying attention. The team is preparing to develop a 28-acre site where the Civic Arena stood, across Centre Avenue from the $321 million Consol Energy Center that opened in 2010.

HARRISBURG — Scranton residents could see their taxes rise under legislation approved unanimously Wednesday by the Senate.

The measure would require that Scranton levy a tax on residents equal to or more than its 0.75 percent commuter earned income tax.

This stipulation is included in a late amendment added to the bill by the sponsor, Sen. John Eichelberger, R-30, Hollidaysburg. The goal here is to treat all Act 47 municipalities — including those like Scranton that have distressed municipal pension plans subject to Act 205 — the same, said Sen. John Blake, D-22, Archbald.

Ten other municipalities levy a pension-related earned income tax, but they levy it on both commuters and resident workers, he added.

A majority of York City Council members said they are willing to consider authorizing a new tax in 2015 that would reach into the pockets of many more people.

The distressed pension earned income tax — more commonly known as the commuter tax — has been on the city’s menu of revenue-generating options for the past several years.

But, so far, city officials have been able to balance York’s budgets without wading into the controversial waters of taxing commuters’ earnings.

Editor’s note:  They’re pricing themselves out of business!

HARRISBURG — If you tax something, you get less of it.

It’s one of the basic lessons of economics, and the same principle can be applied to tolls, as the Pennsylvania Turnpike is finding out.

Motorists using the turnpike will face their fifth toll increase in as many years when rates climbed by 10 percent for cash-paying customers (2 percent for those using EZ-Pass) on Sunday.

A recent investigation by the Pittsburgh Tribune-Review examined how those increases have affected truck traffic on the highway — suggesting that the higher tolls have caused trucks to divert onto local roads in western Pennsylvania instead of using the turnpike:

Berks County property taxes would increase for the first time in eight years under a proposed $462 million budget for 2013 presented to the Berks County commissioners Thursday.

The spending plan represents a $2.8 million decrease from the current year’s budget. 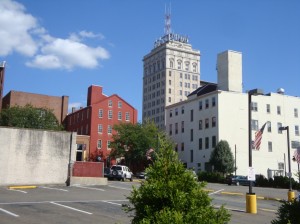 A year ago, Jim Bozzini came before the Boyertown School Board as a parent and taxpayer to suggest a new way for the cash-strapped district to raise money: advertisements.

Now the board is turning to Bozzini, president of School Media Marketing, Gilbertsville, to deliver on his suggestion and solicit advertisements for the district.

The board has approved a three-year contract with Bozzini, the lone bidder, that will give School Media Marketing a 20 percent commission on advertising proceeds.

Officials have estimated $25,000 in first-year profits for the district and say, based on the experience of other districts, that the number could grow to six figures in future years.