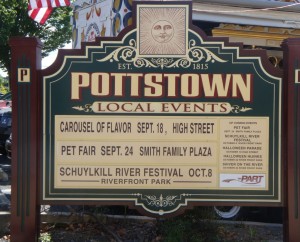 Editor’s note:  I am unfortunately not surprised by this.  I am guessing this is just another person who is tired of banging his/her head against “the proverbial wall” trying to make things better for Pottstown.  The assembly flap might have been the last straw but there is more to this than just one incident.

Maybe it’s the constant barrage of criticism being lobbed by the Fishwrap at community leaders that helps push them out of town.  People like Jason Bobst and Reed Lindley always have other options.  After a while, no matter how good someone’s intentions are, people reach a saturation point and “walk away” to save what’s left of their sanity.

It’s a vicious cycle in Pottstown.  My condolences to the new Borough Manager and Superintendent of Schools.

POTTSTOWN, PA — Reed Lindley stunned the school board and the community Thursday night by resigning as superintendent, effective immediately.

Lindley, who was not present for the regular board meeting, submitted his letter of resignation to the board, citing only “personal reasons” for his decision.

Following a 30-minute, closed-door executive session at the opening of the meeting, a somber-faced school board returned to the meeting room and unanimously accepted his resignation.

The resignation comes on the heels of community outrage over a three-hour assembly at Pottstown High School in which a speaker extolling the virtues of entrepreneurship also challenged students to sell coffee to compete for an iPad.