A group of concerned citizens staged a peaceful demonstration at the corner of South Hanover Street and College Drive this afternoon to raise awareness about the problems that are plaguing our society and Pottstown.  Occupy Pottstown is a diverse group of people brought together by the desire to promote social change.   The group varied in size over the nearly three-hour demonstration and included all age ranges.  A few dozen people came and went during the demonstration; with several people joining the group after getting home from work.  One person left early to go to work.  Contrary to what some believe, most people in Occupy Pottstown are employed and a good percentage are homeowners in the borough.

The majority of people driving by had two reactions:  a.  they just looked or b.  they blew their horns in support!  There were a few who yelled clever things out their window like “get a job”, but they were a small minority.

The news media turned out to cover today’s event.  A reporter and photographer from the Fishwrap were present along with someone from Channel 69.

Here are some pictures from this afternoon’s demonstration. 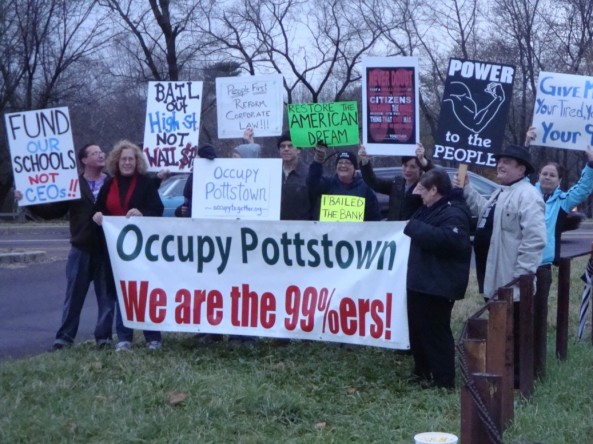 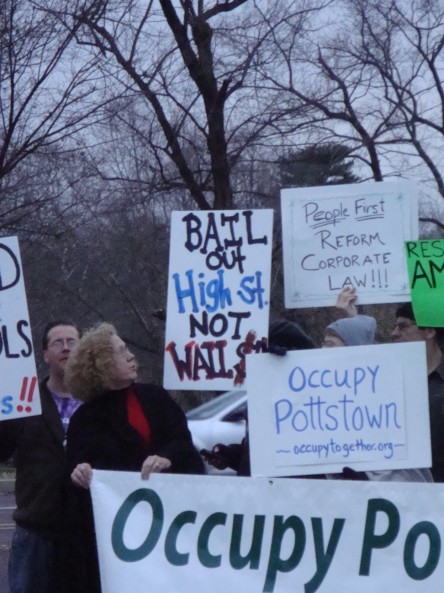 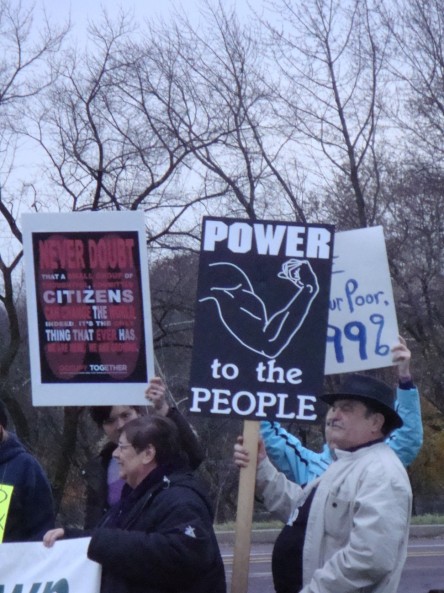 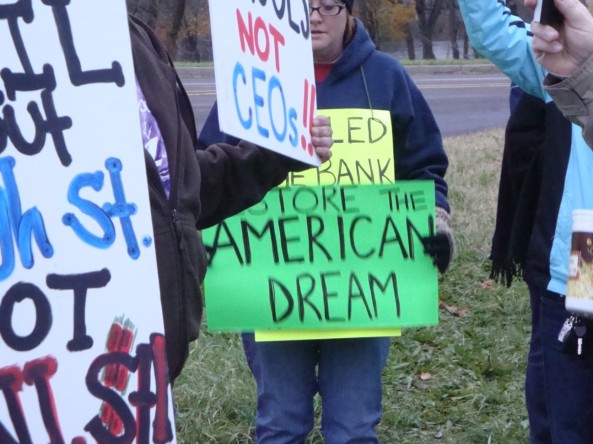 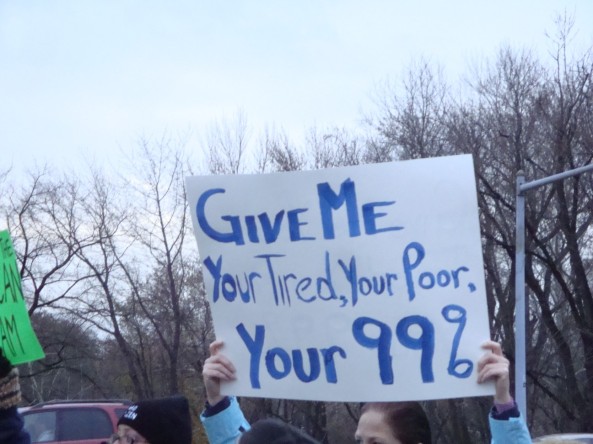 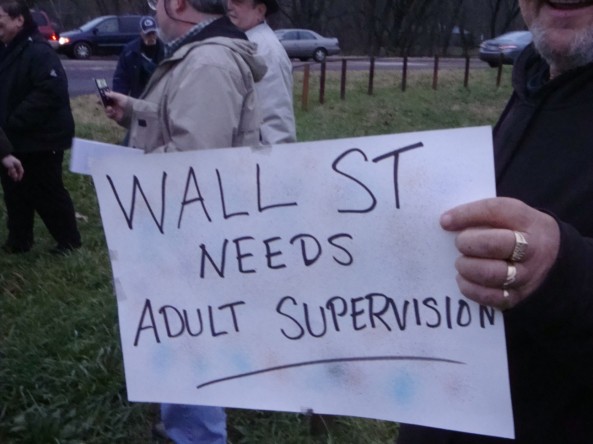 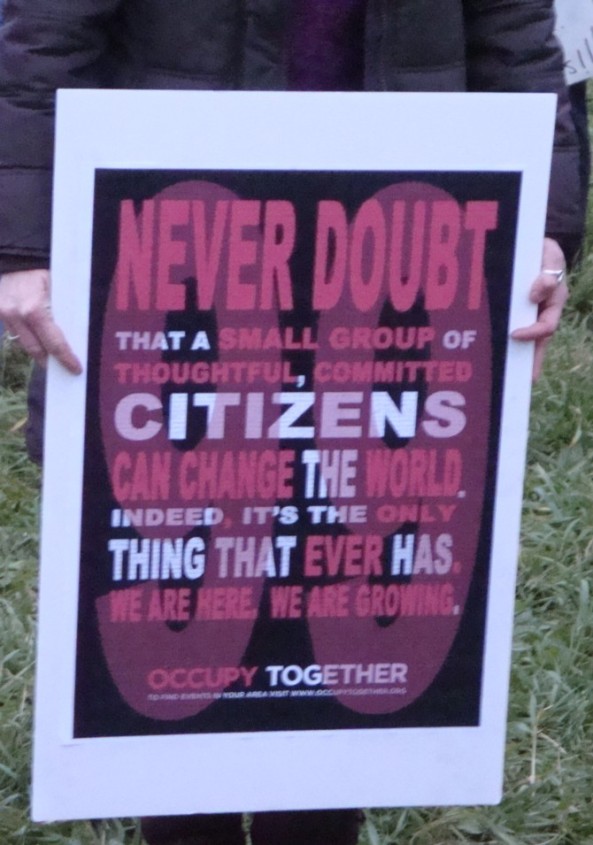 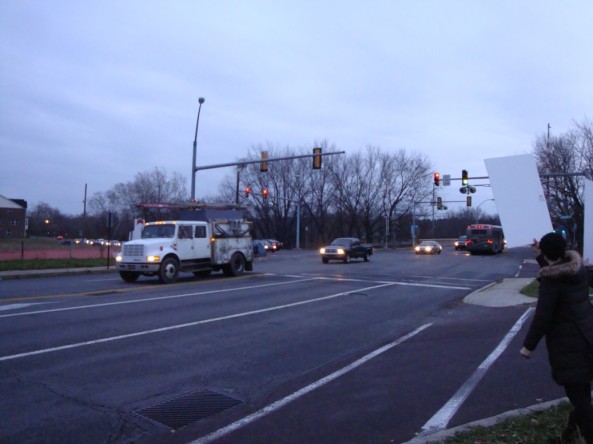