More than 300 groups from across the state are lining up to get a piece of the $125 million available for Pennsylvania redevelopment projects.

Gov. Tom Wolf will decide which projects receive grants in the fall. 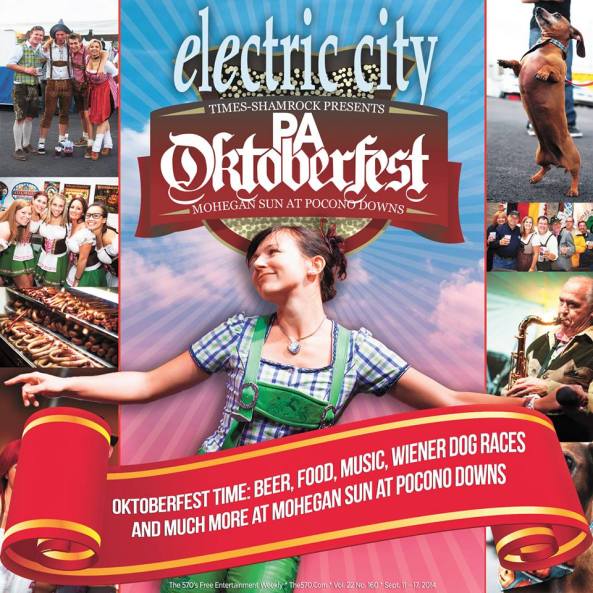 *YOU MUST BE 21 YEARS OLD TO ENTER THIS EVENT

PLAINS TOWNSHIP, PA — More people are moving into the region than leaving.

Migration into Luzerne and Lackawanna counties is on the rise and much of the immigration is coming from New York, New Jersey and elsewhere in Pennsylvania, according to the 2014 Indicators Report from the Institute for Public Policy and Economic Development at Wilkes University.

The report, unveiled Thursday morning to business and civic leaders who filled the convention center at Mohegan Sun at Pocono Downs, analyzed 120 indicators in areas such as demographics, population and migration, jobs and the economy. It was the ninth year for the event, said Teri Ooms, executive director of the institute.

Ooms highlighted the 2010 Census, which shows a growing population for the first time since the 1950s. Some are from the low- to moderate-income demographic and some earn a middle- to upper-middle income, the report showed.

Editor’s note:  We got quite a few hits after posting an article about this job fair.  We are not surprised by the large turnout.  It’s certainly an employers market.

About 2,000 people from across Northeastern Pennsylvania filed through the Mohegan Sun at Pocono Downs ballroom during a job fair Tuesday, having come to try their luck at an estimated 250 openings expected to be created by the opening of a $50 million hotel and convention center this fall.

If there was a common denominator throughout the crowd — whose attire ranged from business suits to shorts, T-shirts and flip-flops — it was the oft-spoken view that a job at Mohegan Sun, which already employs more than 1,700 people, means good, steady work.

PLAINS TOWNSHIP— With regional unemployment above 9 percent, a job fair in five weeks to fill 250 positions at Mohegan Sun at Pocono Downs’ soon-to-open hotel/convention center is likely to draw thousands.

Mohegan Sun at Pocono Downs Assistant General Manager Kara Fox-LaRose on Wednesday said rather than just inviting job seekers to send in resumes or applications, the venue will hold an on-site job fair 10 a.m. to 7 p.m. June 18.  Interviews will take place in July and the staff will be hired throughout the summer to be trained, she said.

The $50 million hotel and convention center will have seven floors, 238 hotel rooms, a bistro, a 4,150-square-foot Spa Sapphire, an indoor pool and fitness center and the 20,000-square-foot convention center able to seat 850 people for dinners and other events.  It also will be able to hold entertainment events for 1,500 people.

Its targeted opening date is Oct. 1.  It will be the largest hotel in Luzerne County and will give the casino the ability to attract customers from farther distances.