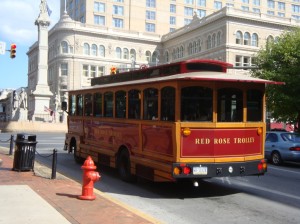 Lancaster County‘s transit organization will manage BARTA for at least the next six months, officials with both groups said Monday.

The agencies will continue to operate separately but Lancaster’s Red Rose Transit Authority will share its executive leadership with BARTA.

The move comes as BARTA works to restructure its leadership following the death last month of Dennis D. Louwerse, its longtime executive director. Managers have been keeping projects and operations moving with oversight from the agency’s board of directors.