York City detectives on Monday afternoon had not yet determined why someone fatally shot a Lancaster County man whose body was found hours after he died on a city sidewalk.

Hezekiah Walker’s killer, and the motive for the shooting, has not yet become clear, Spence said.

He said detectives do have some information to follow. 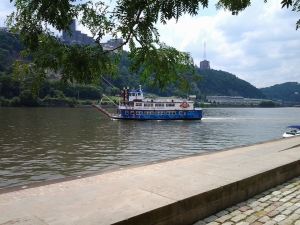 An employee of the Gateway Clipper Fleet died early Sunday when he inexplicably jumped into the Monongahela River for a swim.

The Allegheny County Medical Examiner’s Office identified the man as Sean Gittins, 23. Pittsburgh police spokeswoman Sonya Toler said he was with a group of people who went to a bar and returned to a boat at Station Square. He decided he wanted to go for a swim and jumped in. Gittins soon had problems in the water.

The death of a woman who was found Sunday in a Clay Township wildlife area has been ruled a homicide.

He declined to elaborate on the trauma.

The coroner said dental records are being used to identify the woman, who had been dead in Middle Creek Wildlife Management Area for “at least days.”

Autopsies were in progress late Friday morning to determine the cause of death for two people whose bodies were found in a Lancaster Township townhome Thanksgiving day.

Manheim Township Police, which patrol Lancaster Township, were dispatched to the townhome at 788 Sterling Place at 7:58 a.m. Thursday, after two people were found dead inside the residence, possibly by family members.

A man believed to be in his early twenties was found shot to death early this morning in a rear alley in northeast Reading by a city police officer who was investigating a report of a possible burglary, detectives said.

The officer went to the 1100 block of Birch Street just after 4 and found a broken window in the rear door facing the concrete alley that runs parallel to both Birch and North 12th streets, investigators said.

NORTH COVENTRY TOWNSHIP — Officials believe the fire in a Mount Zion Avenue home where a woman was found dead Tuesday morning was accidental in nature.

Township Fire Marshal Ron Comtois said there was nothing suspicious about the fire, though its cause and origins are not yet being released.

Comtois said the patrolman who came upon the fire around 3:58 a.m. attempted to enter the home but could not and called the fire department.

Responding firefighters discovered a deceased woman, whom officials were not identifying, on the kitchen floor of the home.

POTTSTOWN — The identity of the 48-year-old man found dead Monday morning beneath the South Charlotte Street bridge over the Norfolk Southern Railroad tracks is Ronald Sheerer.

The 2:30 a.m. discovery has prompted a full-scale investigation into the grisly scene at Coolbaugh Twp. Park, where investigators from the Pocono Mountain Regional Police Department and the state police are working to collect evidence, said Monroe County Coroner Bob Allen.

Mr. Allen said one of the two men was found inside a car in the park’s parking lot and another just outside the car. Both are believed to be from Monroe County and to have died from gunshot wounds, he said.