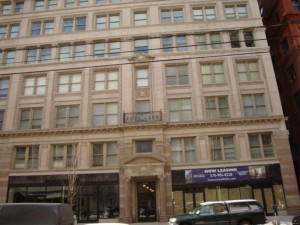 Four years ago, there was no residential life along the unit block of Franklin Avenue. By the end of this year, more than 55 apartments could be located along Franklin, between Lackawanna Avenue and Spruce Street.

“It’s about quality of living,” former Mayor Chris Doherty said earlier this month before he left office. “I said from the beginning, fail or success, we will go after downtown living.”

Scranton building contractor and redeveloper Art Russo bought into Mr. Doherty’s concept and his latest downtown project is one of his largest.

He is constructing 21 apartments on the three upper floors at the Bittenbender Building, a four-story, 48,000-square-foot structure at 126-132 Franklin. A sports bar, seafood restaurant and speakeasy-themed jazz club will occupy the 9,000-square-foot first floor.

A downtown developer’s plans for a vacant building on Franklin Avenue promises to bring more business and foot traffic to what just a year ago had been a neglected block of downtown.

This week, Art Russo of Scranton purchased the Bittenbender Building, which formerly housed the popular Whistles Pub and Eatery.  His rough plans for the building call for 15 apartments on the third and fourth floors, possibly offices on the second floor, and a restaurant, deli and possibly a third ground-floor tenant.

“The first floor space is too big for one restaurant, and we’d like to create space for two or three different business,” Mr. Russo said.

He’s talked to a potential operator of a deli that sells prepared foods and some groceries as a potential tenant.  The restaurant and kitchen side, which has equipment in place, is a turnkey operation, Mr. Russo said.  The former Whistles had a sizable back room, which could have potential as a third entity. 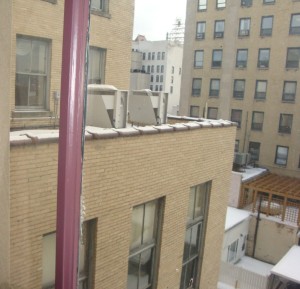 Scranton‘s financial house may be in disorder, but the downtown residential boom continues to build momentum.

More than $11.3 million in three ongoing developments will add 74 apartments to Central City by next summer.

“Scranton is a hot commodity,” said Charlie Jefferson, an investor in the $8.6 million redevelopment of the Scranton Chamber of Commerce Building at Mulberry Street and North Washington Avenue.

Scranton’s municipal government is facing a credit crisis and recently borrowed $6.25 million to cover short-term financial obligations.  City residents could face potential tax increases of 39 to 79 percent – or more – over the next three years.