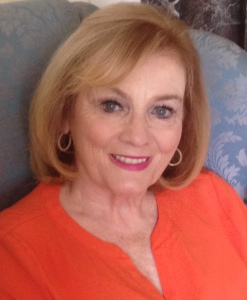 Dezzi is chair of the board and past president of The Dezzi Group, Ltd., a full-service government relations and business consulting firm in Philadelphia. She is a political commentator for Fox 29 and NBC 10 in Philadelphia, and she co-founded the Genevieve Society, an organization to promote professional women in the political and corporate world. In 2015, Dezzi served as an executive producer of the documentary film Urban Trinity, which was produced as part of the Papal visit.

Since the beginning of her career, Dezzi has been active in civic and political causes and has worked on campaigns at the federal, state and local levels. She has served on many boards in the region, including the Philadelphia Archdiocesan School Board, the Blue Ribbon Commission to study the future of Catholic Education in the Archdiocese of Philadelphia, and the President’s Council at Gwynedd Mercy University.

Dezzi has been honored by numerous organizations. She is one of the few women to receive the St. John the Baptist de La Salle Medal for Distinguished Service to the Christian Brothers. In 2000, she was named the March of Dimes Woman of the Year in the field of Business, and in 2001, she received the “Women Making History Award” from the National Association of Women Business Owners (NAWBO). In 2007, The Philadelphia Business Journal named her among its Women of Distinction.

Along with her husband Alfred, Dezzi received the St. Jeanne Jugan Award in recognition of their service to the Little Sisters of the Poor and the elderly poor of Philadelphia. Most recently, in 2015, Dezzi was named the Ambassador of Hope for the City of Hope National Cancer Center.