We invite your organization to participate by providing a family activity or other resources. We provide you with a table and space at no cost and an opportunity for family engagement.

Please reply to Jane Bennett – jbennett@pottstownsd.org for questions and to confirm your participation.

More than 1400 people attended this free event for Pottstown families with young children last year, thanks to the support of organizations like yours. We hope to see you this year at Pottstown High School!

This year, we will be partnering with the Pottstown YMCA and celebrating Healthy Kids Day! We are planning fun family activities along with music from D.J. Steve, a moon bounce, celebrated mascots and Pipper the Clown to name a few. The YMCA will be coordinating fitness activities and more.

We thank Pottstown Memorial Medical Center http://www.PottstownMemorial.com for once again being the main sponsor for April’s PEAK Month of the Young Child events.

Thanks for all you do to support that all Pottstown’s children enter kindergarten ready to learn and achieve. Join us on April 16th for our 10th annual event and help celebrate Pottstown’s young children and families!!

The IRS trains and certifies all VITA volunteers to prepare and electronically file income tax forms. VITA volunteers are trained to assist clients in claiming special credits and refunds, such as the Earned Income Tax Credit (EITC). The mission of the program is to help working families improve their finances and increase their self-sufficiency.

“We can help put money back in your pocket,” said Lupe Hernandez, Family Services’ VITA site coordinator. “By filing your taxes through a VITA site, not only will you save money in filing fees, but you’ll also receive your tax refund as soon as possible.”

Appointments are required. To schedule an appointment at the sites listed above, please call Family Services at 610-326-1610.

Individuals should bring the following documents to their VITA appointment:

Would you prefer to file your taxes in the comfort of your own home? Now you can—for free and without an appointment! Individuals or families with a combined income under $62,000 may prepare and file their own federal and state taxes online at www.myfreetaxes.com/fsmontco.org. This website is powered by H&R Block and sponsored by Walmart and the United Way.

Since 1900, Family Services has been caring for children, seniors and families in Montgomery County who face everyday emotional difficulties or physical hardships. The agency’s innovative social service programs make a positive difference in the lives of 13,000 county residents each year. For more information, contact Family Services’ Pottstown Office at 610-326-1610 or visit http://www.fsmontco.org.

This annual event enables up-and-coming student artists to exhibit their work in a professional art gallery and share their talents with the community. This year’s artwork will feature a wide-variety of subjects created in various mediums. MCCC art faculty members will be reviewing the artwork and will be available to answer any questions about the College’s art programs.

Help support the arts and art education programs at Montgomery County Community College by becoming a Friend of the Galleries.  Donations are tax deductible. For more information, contact the College’s Foundation at 215-641-6530. 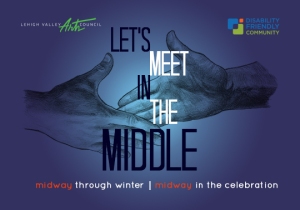 The Lehigh Valley Arts Council and the Disability Friendly Community are pleased to announce Experience Arts & Access on Tuesday, January 26, 2016, from 2:45 to 5:30 p.m. at the Banana Factory in South Bethlehem. This mid-winter festive gathering celebrates the achievements of Arts & Access midway through a year of offering greater accessibility.

Arts & Access launched last July to commemorate the 25th anniversary of the Americans with Disabilities Act through the lens of the arts. Currently, thirty arts organizations have teamed up with social service agencies to offer more than fifty events through June 2016, that intentionally reach people with disabilities and their family and friends. The diversity of programming include live theatre performances that are audio described and open captioned for people with visual and hearing loss; sensory friendly performances for children with autism, and a dance workshop for Parkinson patients and their caregivers.

Experience Arts & Access seeks to raise awareness of the needs as well as the abilities of persons with disabilities. Featured artist and National Storytelling Champion Anne Thomas will perform autobiographical stories crafted with a mix of dark humor, high energy and rare common sense.  She speaks not only to survivors of disability, illness and tragedy, but to everyone who has a body, a dream, obstacles, hope and determination.

Experience will also allow visitors to explore an arts experience through the simulated reality of a person with a physical, sensory, or cognitive limitation. Guests will be encouraged to test the different technologies that are available, such as audio description and open captioning, voice activated wheel chairs, plus a tactile exploration of a 3-D image of a painting.

The event is free and open to the everyone, particularly someone with a disability.  Please RSVP your intention to attend at info@lvartscouncil.org or 610-437-5915. Light refreshments will be provided. 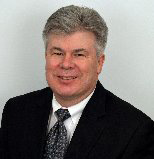 PHOTO: Dr. Kevin Pollock has been selected as Montgomery County Community College’s fifth president. He will begin his tenure on April 1, 2016.

Blue Bell, PA —After an extensive, eight-month national search, Montgomery County Community College’s (MCCC) Board of Trustees is pleased to announce that Dr. Kevin Pollock has been selected to serve as the institution’s fifth president. He will begin his tenure at MCCC on April 1, 2016.

Pollock, currently of Port Huron, Mich., has served as president of St. Clair County Community College (SC4) since April 2009. He has more than 30 years of education experience in diverse roles that include college administration, strategic planning, leadership and teaching.

“Dr. Pollock’s breadth of experience in higher education will be a tremendous asset to Montgomery County Community College as we build on our outstanding reputation as a premiere community college in the nation,” said Board of Trustees Chairman Michael J. D’Aniello.

That reputation was built, in large part, by the leadership of Dr. Karen A. Stout, who assumed the role of president and CEO of Achieving the Dream, Inc. on July 1, 2015 after serving as MCCC president for more than 14 years.

“It is an honor to have been selected as the next president at Montgomery County Community College.  It is my sincere hope that we can work together to build upon the foundation set by the faculty, staff, and Dr. Stout and advance the college even more so in the future to the benefit of the students and the community,” said Pollock.

During Pollock’s seven-year tenure as president at SC4, the institution experienced record enrollment, embarked on new student success initiatives, increased its grant funding, became a leader in green initiatives, and strengthened its connections with the community. The institution also adopted a new vision, mission and strategic plan that is tied to national best practices and is based on data.

In addition to his presidential responsibilities, Pollock is a frequent national speaker on topics that include student success, leadership, strategic planning and college transformation, and he has authored 18 book chapters and articles. Pollock holds a Ph.D. in Higher, Adult and Lifelong Education from Michigan State University and a Master of Arts in Education and Bachelor of Science in Education from Central Michigan University.

Dr. Pollock will begin his tenure at MCCC on April 1, 2016. Dr. James J. Linksz will continue to serve in the capacity of interim president until Dr. Pollock begins his tenure.

Pottstown, PA – Visit historic Pottsgrove Manor on Saturday, February 13, 2016 between 11:00 am and 3:00 pm for demonstrations of open-hearth cooking with the program “Valentine’s Day, the Colonial Way.”

In the colonial era, before the invention of the techniques that give chocolate the smooth consistency people know and love today, chocolate was usually consumed as either a hot beverage or as an ingredient in various “made” dishes. In this program, historic cook Connie Unangst will prepare a variety of 18th-century recipes using chocolate. Visitors can stop in the kitchen at any time during the hours of 11:00 am to 3:00 pm to see what’s cooking. Guided tours of the manor will also be offered on the hour throughout the day, and the site’s museum shop will also be open. There is a suggested donation of $2.00 per person for this program.

Visitors can also take a guided tour of Pottsgrove Manor during regular museum hours: Tuesday to Saturday from 10:00 am to 4:00 pm and Sunday from 1:00 pm to 4:00 pm. Tours begin on the hour. The last tour of the day begins at 3:00 pm.