Editor’s note:  Delusional to the bitter end, Missy Mayor told the Mercury “the perception of crime in the borough is often greater than actual incidents suggest.”  Numbers don’t lie and neither do drug baggies all over the sidewalks in the core neighborhood.  Bye Bonnie.  We won’t miss you! 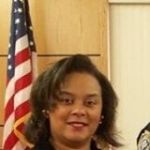 POTTSTOWN, PA — Republican Sharon Thomas won back the mayor’s post Tuesday, reversing her loss to Democrat Bonnie Heath four years ago and taking back the post by a decisive 233-vote margin.

Thomas has said her race would depend on the effectiveness of a “grassroots” effort and she said Tuesday night with the smile in her voice that those roots had “passed the test. We recruited people quickly and taught them what they needed to know,” she said.

Thomas declined to attribute any particular satisfaction to defeating the candidate who had defeated her.  (And there’s another difference between Sharon and Bonnie)