Editor’s note:  At least in some municipalities in Pennsylvania (unlike Pottstown) buildings are condemned for unsanitary living conditions.  In Pottstown, they look the other way….716 Adams Street, for example.  Maybe the Hazleton Codes Department does field trips???

Hazleton police checking on the welfare of children Tuesday afternoon found five unsupervised children living in an apartment with cockroaches and no smoke alarms, city and law enforcement officials said.

Police said they were dispatched to 197 S. Wyoming St. about 1:30 p.m. to assist Hazleton Area School District with the welfare check.  Inside the apartment, police found five children younger than 10 alone.  Police said Tuesday it was unclear why and how long the children were home alone. Those issues would be investigated by Luzerne County Children and Youth Services.

City code and health officials were called to investigate the conditions, ultimately condemning the apartment. 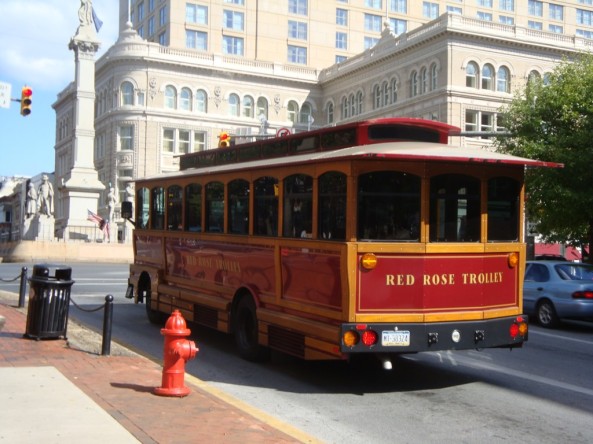 Bicyclists are being welcomed onto Red Rose Transit buses, businesses are opening their doors to bikes or designating parking areas for them, and city officials are considering ways to improve bicycle transportation.

During May, national bike month, efforts are being made around Lancaster city to enhance cycling safety and promote cycling as a form of transportation.

For example, during National Bike to Work Week, May 13-17, RRTA is offering free rides to bicyclists.  They can mount their bikes on the racks on the front of the buses and ride in and out of the city without charge during the work week.

Residents in parts of the greater Lehigh Valley are going to need a new score card to keep track of who their state lawmakers are.

The state Supreme Court on Wednesday upheld new legislative boundaries for the House and Senate as more geographically compact — and less politically gerrymandered — than a previous plan the justices rejected last year.

The new map goes into effect in the 2014 election.  It includes a House seat and Senate seat that are moving to the region from Allegheny County because of population declines there.

In the House, the 22nd District is moving to Allentown to reflect the city’s rising Hispanic population in its downtown and south side.  That newly created Allentown seat pushes Republican Justin Simmons, who has represented those city neighborhoods since 2010, into Emmaus, Upper Milford Township and Montgomery County.

Four local schools made Newsweek’s list of the top 2,000 public high schools in the country.

Newsweek’s list ranked schools based on different measures  such as average college-entrance test scores, AP scores and available classes, as well as graduation rates.  Such criteria that would indicate college readiness of outgoing students.

Topping the quartet of area schools that made it was Phoenixville Area High School, which came in at 839.

“In all honesty, it’s an honor for Phoenixville to be recognized as one of the top high schools in the nation,” said Phoenixville Principal Craig Parkinson.

Both Pottstown and Phoenixville will be split into two different legislative districts under the legislative re-districting approved Wednesday by the state Supreme Court.

The new districts will take effect in the 2014 election cycle and shift legislative lines for the state House and Senate seats throughout Southeast Pennsylvania and may change who is representing you in Harrisburg.

In Pottstown, the plan unanimously approved by the court, puts the first, second and part of the seventh wards of Pottstown into the 26th District, currently represented by longtime Chester County Republican Tim Hennessey.

The third, fourth, fifth, sixth and other half of the seventh wards will continue to be represented by the 146th District, a seat currently held by freshman Democrat Mark Painter according to the plan.