The Scranton School Board approved a preliminary budget Monday that leaves the district with an anticipated $2.8 million deficit for 2013.

The board voted unanimously to approve the $121,198,093 budget, but said the district was still awaiting word from Berkheimer Tax Administrator Inc. regarding funding due from Centax Group and confirmation regarding special education funding.

Kathleen McGuigan, chairwoman of the budget and finance committee, said it is unknown how much money the district will get back from Centax or when the money will come, and she wants to rely only on “solid numbers” and definite funding while considering the 2013 budget.

Editor’s note:  This is priceless!!!

…By sticking to Roy’s timeline, the district will not invite a Pulitzer Prize-winning journalist and historic preservation advocate, Thomas Hylton, to tour Nitschmann as south Bethlehem resident Stephen Antalics had requested.

Board President Michael Faccinetto said Hylton, who had argued in a recent Morning Call editorial for the cheapest possible renovation of Nitschmann, could present his views at a public meeting.  But Faccinetto said the district would not allow Hylton a private tour of Nitschmann as he had gotten at Broughal before the building was torn down to make room for the new school and its athletic fields.

“The last time he came here, he billed the district $5,000 for his services,” Faccinetto said.

On Nov. 20, Hylton, a member of the Pottstown School Board and president of the nonprofit group Save Our Land, Save Our Towns, said he never offered to tour Nitschmann.  He said he did not know his name was being bantered around the district.

“All I ever did was write the piece in the op-ed,” Hylton said…

But Lancaster County got a small taste of it Tuesday.

On average, about a half inch of snow coated Lancaster County during a morning snowstorm, according to the National Weather Service.

Higher elevations in the county’s northern half saw a little bit more.

HARRISBURG – Gov. Tom Corbett‘s budget office indicated Monday that the governor may attempt to reduce the pensions of current public employees, a politically volatile and legally questionable solution to what has become a $41 billion unfunded liability.

The financial pressures from the pension systems have loomed over state finances for more than a decade, and Corbett, a Republican, repeatedly has spoken of a desire to make changes to them.

The report says higher taxes “should be off the table,” but reductions in prospective benefits for current employees should be considered. 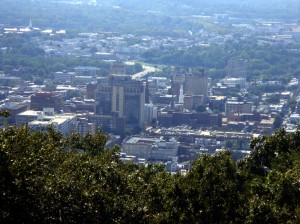 Editor’s note:  For those folks in Pottstown, please note that Reading is 4 times as large as Pottstown, yet their budget is only twice as big.

City Council on Monday adopted a $77 million budget for 2013, as well as the increases in property, local earned income and commuter taxes needed to make it work.

• The local earned income tax on city residents will rise by 0.2 percentage points to 3.6 percent.  That rate includes the Reading School District‘s share.