The Pottstown ACLAMO office is located at:

The Norristown ACLAMO office is located at:

You could be a BIG winner! WIN $500 1st Prize an e-Nook Reader 2nd Prize or $100 3rd Prize!  You can be in the drawing by buying one ticket for $1 or 6 tickets for just $5!  Get your tickets at the YWCA‘s Main Office, 315 King Street, Pottstown or the Literacy Center 1830 E. High Street, Pottstown.  The drawing will be held December 5th at the Pottstown Rotary Club meeting and you don’t need to be present to WIN!

The TCN Homeless Services Program will commemorate National Homeless Persons’ Memorial Day with a Candlelight Ceremony remembering those who have passed away in the region this past year.

NEW YORK – The future of Twinkies is virtually assured.

Hostess Brands Inc. got final approval for its wind-down plans in bankruptcy court Thursday, setting the stage for its roster of snack cakes to find a second life with new owners – even as 18,000 jobs will be wiped out.

The company said in court that it’s in talks with 110 potential buyers for its brands, which include CupCakes, Ding Dongs and Ho Hos.  The suitors include at least five national retailers such as supermarkets, a financial advisor for the company said.  The process has been “so fast and furious” Hostess wasn’t able to make its planned calls to potential buyers, said Joshua Scherer of Perella Weinberg Partners.

“Not only are these buyers serious, but they are expecting to spend substantial sums,” he said.

It’s a river city with quaint Victorian architecture once known for its pioneering manufacturing processes that gave America the industrial might to fight its wars.

But now, it’s re-imagining itself as a “knowledge corridor,” thanks to nearby colleges, and possibly as an entertainment center as gaming companies circle for a place to put a new casino.

But it’s Springfield, the biggest city in western Massachusetts.

As leaders there begin to dive into the details of reinventing the greater Springfield area, they are looking at Bethlehem as it enters its fourth year hosting a casino and the rest of the Lehigh Valley for advice and inspiration.

Scranton, PA – On the site where students attended school for a century, patients could soon see doctors.

With a bid of $750,000, Geisinger Community Medical Center agreed to purchase John Audubon Elementary School – its neighbor across the 1800 block of Mulberry Street – at the Scranton School District‘s auction Thursday. Geisinger will most likely demolish the building, though it has no specific plans, said Robert Davies, the health system’s chief support services officer.

After moving students out in 2010 because of mold, the district permanently shuttered the school earlier this year because it was too expensive to reopen.

GCMC may first demolish the school and use the property as a staging area for the hospital’s upcoming expansion project.

In a split vote, Scranton City Council on Thursday introduced a $109.7 million budget for 2013 that contains a 12 percent property tax increase for residents and hikes in several other taxes, including a hoped-for commuter tax.

The council also took flak from some residents for hefty raises ranging between 19 and 33 percent in the budget for six employees, including council and administration solicitors, fire chief, business administrator and two administrative employees.

“This city is in such financial disaster. We’re close to bankruptcy and we’re giving raises up as high as 33 percent? It’s just an outrage,” resident Les Spindler told council. “This just cannot happen. You’re not going to raise my taxes and give these other people raises.”

Resident Tom Ungvarsky added, “I hope city council will reconsider and do what’s right by the residents.”

The Middle States Commission on Higher Education found HACC was lacking in three of its 14 criteria during the five-year periodic review.

But HACC and Middle States officials emphasized the system, which includes a York campus, is not in any immediate danger of losing its accreditation, which allows a college to grant diplomas.

The periodic review, done halfway after HACC was given its 10-year accreditation, helps make sure a college is fulfilling its obligations, said Middle States spokesman Richard Pokrass.

HACC had issues in the areas of Institutional Assessment, which deals with how well a college can monitor and show it’s doing everything it says its doing; Assessment of Student Learning, which deals with a collegetracking classroom learning and having a system to improve instruction; and General Education.

A city man was killed Thursday when he drove through a red light on Schuylkill Avenue at Buttonwood Street while talking on a cellphone and his car was hit broadside by a work van, authorities said.

Jose E. DeJesus Garcia, 53, who investigators said lived in the northwestern area of the city not far from the crash site, was pulled from the car by a nearby resident as the vehicle caught fire following the 8:25 a.m. accident.  He died before police arrived.

Within minutes, police vehicles, firetrucks and ambulances filled a one-block area that was strewn with mangled vehicle parts.  Firefighters quickly put out the burning car.

City detectives and evidence technicians responded along with patrol officers.  The intersection was closed nearly four hours, slowing commuter traffic on other routes.

Jahlil Acosta, 11, of Reading likes to be outside and play tag, ride his bike or even enjoy the snow.

And he doesn’t mind being warm when he does it.

“I like the black and tan coat, it’s my favorite color,” he said after standing in front of a selection of hooded coats ranging in colors from pink and red to peach and robin’s egg blue.

To keep away winter’s chill, Jahlil and his friend Jubriell Santos, 10, of Reading were among the first children Thursday at the Oakbrook Unit of the Olivet Boys & Girls Club to have their pick of puffy outerwear from a selection of coats of many colors, not one of them used.

*”Ripple-effect” from those dollars being spent locally on Small Business Saturday: $7,012.50!!

Thanks for your support! 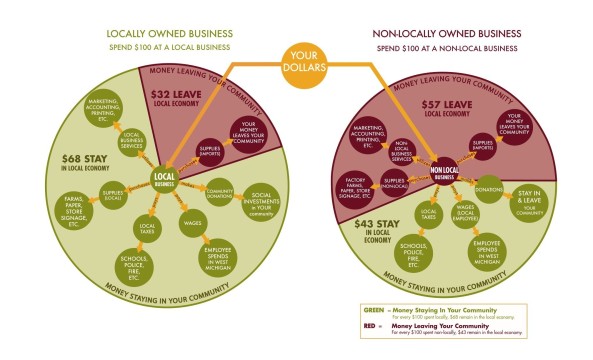 NORRISTOWN – Despite his court-appointed lawyer and a Montgomery County judge determining his latest appeal has “no merit,” a former Upper Merion man convicted of the 1995 murders of a Limerick mother and her toddler daughter is continuing his quest for a new trial.

Fairley, according to his notice of appeal filed in county court, appears to be representing himself in the Superior Court action.  In his latest appeal, filed under the state’s Post Conviction Relief Act, Fairley asked the judge to vacate his two life prison sentences and to grant him a new trial, or in the alternative, a new sentencing hearing.

In September, county Assistant Public Defender Timothy Peter Wile, who was appointed by Carpenter to represent Fairley after Fairley filed the original appeal on Sept. 17, indicated in a letter to the judge that his “conscientious review” of Fairley’s claims revealed no “issue of arguable merit” and therefore it is “legally without merit and frivolous.”  Wile, chief of the public defender’s appellate division, maintained Fairley’s petition for a new trial “lacks any basis in either law or fact and is, therefore, frivolous.”

“It feels like I got hit by a truck,” said President Mike Bilski.

Bilski met today with Mayor Tom Leighton, who informed Bilski of the city’s decision.  Bilski said he notified all of his union members.

Leighton has warned of layoffs since October when he asked the city’s nearly 290 employees for voluntary furloughs and retirements.

A giant Hershey bar brushed past me, waved, and stepped onto the escalator – and I’ll admit I did a double take.  It was morning.  Hadn’t had my coffee.  And the prospect of breakfasting with a cast of human-sized Kit Kat bars and York Peppermint Patties at the Hershey Lodge was only just coming into focus.

Of course there were walking Reese’s Peanut Butter Cups here: Central Pennsylvania’s cocoa capital, a playland of amusement rides, endless sweets, and candy-themed attractions that run straight through the holidays, is where every kid’s chocolate fantasies can almost come to life.

The possibility, though, that there might now be something just as wonderful for the grown-ups to eat and drink around Hershey – Craft beer!  Artisanal charcuterie! Genuine country cooking! – would be my most enduring double take from this family trip.

Never would I have guessed such a thing possible from our last visit eight years ago, when we found little more than a soulless gallery of national chains.

Camden Mayor Dana L. Redd submitted a plan this afternoon to the state Civil Service Commission to lay off the city’s entire police department, paving the way for a county-run force.

A source knowledgeable about the matter said no layoffs would occur until the new department has at least 250 officers patrolling the streets of Camden.

Once fully operational, the county force is expected to number about 400 – about 140 more officers than are on the present city police force.

Camden County officials, citing the aftermath of Hurricane Sandy, yesterday extended their deadline for receiving applications for the new force by six weeks to Jan. 15.  They have said they would only rehire up to 49 percent of the current roster so that the terms of the existing union contract do not extend to the new department.

Pending sales numbered 413 last month, up from 325 in October 2011, according to the Lancaster County Association of Realtors.

With the October figure, pending sales here have increased for 13 consecutive months.

Maybe now you can afford to turn the thermostat up a hair.

UGI Utilities said Thursday that it will cut its residential rates another 3.8 percent, effective Saturday.

With the latest cut, the average residential heating customer’s bill will slide to $86.17 per month from $89.55.

UGI has roughly 70,000 customers in Lancaster County, about 90 percent of which are residential.

County property taxes would increase for the first time under the current county administration with a plan Commissioner Dennis Stuckey offered Wednesday.

His plan would increase taxes by about 9.3 percent and would include raises for employees of 2.75 percent, along with departmental cuts of about 2.75 percent.

“I don’t throw this out or offer it up lightly,” he said. “It’s not something I particularly want to do or take pleasure in, but I feel like the best course of action is a little more even approach going in to next year, offering something to our employees … and trying to get some value that will assist us in protecting our cash reserve.”

But administrators acknowledged there was one exception to that goal: a compacted school day.

“This is why you’re all here,” acknowledged Dr. Robert F. Pleis, superintendent.

More than 50 district residents attended the town hall-style meeting at Twin Valley Elementary Center, where a team of administrators detailed cost-cutting options that emerged from focus groups earlier this year.