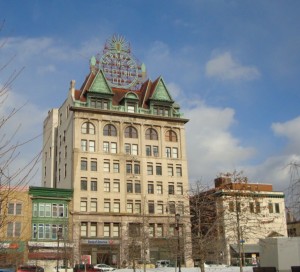 In a first in several years, Scranton Mayor Chris Doherty on Thursday attended a city council meeting that was a public hearing on their joint revised recovery plan.

The mayor – who usually bears the brunt of a barrage of negative comments and criticism from council and some regular attendees at weekly council meetings – had not attended a council session in about six years, council President Janet Evans said.

However, the city’s financial crisis has finally made for some strange bedfellows between the mayor and council majority, who usually are mortal political enemies. After months of a bitter mayor/council stalemate over revising the city’s Act 47 recovery plan that would be acceptable to banks and the city’s recovery coordinator, Pennsylvania Economy League, the mayor and Mrs. Evans reached an accord July 27. As a result, she said she asked the mayor to attend the hearing, and he agreed.

“It was a milestone,” Mrs. Evans said of the mayor’s appearance. “We’re very pleased to be working with him.”