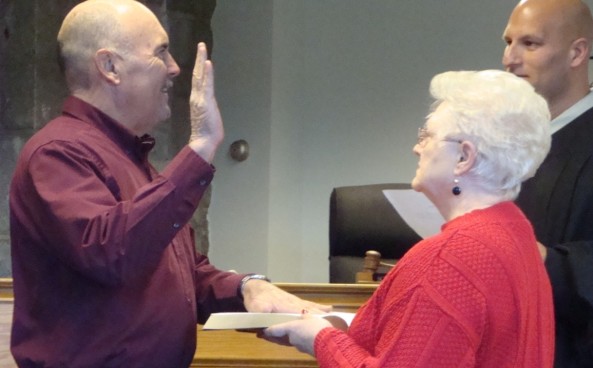 Next year there will be four Pottstown Borough Council seats up for grabs:  Wards 1, 3, 5 and 7.  As many people know Jody is not a politician.  He is a life-long resident who truly cares about Pottstown and has been trying to make things better since taking office four years ago as Sixth Ward Councilor.

Councilor Rhoads just won a landslide re-election and will be in office another four years.  We need more people on council like Jody.  We need concerned citizens who want to do the right thing by Pottstown, not bobbleheads who go along with whatever their party tells them to do!  We need independent thinkers and doers in leadership positions if Pottstown is ever to turn the corner, clean up its act and revitalize.  One maverick on council can’t get things done.  We need four people with a like-minded vision to get the job done!

If you are interested, talk to Jody and see what’s involved with being a councilor!  He knows the ropes after serving four years!  Start attending council meetings or committee meetings to see exactly why Pottstown is not moving forward!  It’s a question of leadership!  The right leadership WILL move Pottstown forward!