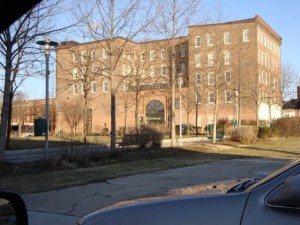 Kudos to Dave Walsh for stepping up to the plate and once again trying to do a great thing for Pottstown.  The Brick House has been wildly successful and a huge benefit to downtown Pottstown.  Walsh runs a first class operation at the Brick House along with several other companies he owns.  Dave embodies the entrepreneurial spirit as well as being someone who cares about Pottstown!

I had the honor of interviewing Dave a couple of years ago and got to know him.  I can think of no better person to buy the most significant piece of real estate in our downtown because I know Dave will make sure it prospers for years to come.

It sounds as though Borough Council is behind Dave’s plan to seek funding to buy the building.  I can only say I 110% support this venture and am glad to see that Borough Council and Jason appear willing to issue a letter of support.  Assisting Dave in securing the necessary financing would be one of the best investments this council could make for Pottstown’s revitalization!

Three cheers for Positively Pottstown blogger Sue Repko for her donation of two SCORE business seminar scholarships for any new or existing business in Pottstown!  SCORE is located in the New York Plaza building on High Street.  Attending these workshops would be invaluable in helping any business in Pottstown succeed!  Thanks for walking the talk Sue!!!  You can click on a link for Positively Pottstown on the right side of your screen under Big 5 Blogroll.