A crowd of approximately 50 people attended a meeting with Pottstown attorney Adam Sager Thursday evening at the Pottstown Diner to learn what regular citizens can do to clean up Pottstown and take back our community.

Pottstown Borough Council President Steve Toroney, Councilor Jody Rhoads (6) and Councilor Dan Weand (5) were also in attendance.  I don’t recall seeing the councilors for Wards 1 & 2 (the core neighborhood). Code Blue (The Pulse) had a strong turn out along with representatives from CPR (Citizen’s For Pottstown Revitalization), bloggers Mo Gallant (Pottstown’s Blog) and Sue Repko (Positively Pottstown), and Brandie Kessler from the Pottstown Mercury.

Before Attorney Sager made his presentation, a Pottstown landlord described why he became a landlord in Pottstown 12 years ago.  He wanted to make a difference and offer moderately priced housing (less than $600 a month rent).  Now he is struggling under the weight of water/sewer/trash bills and other increased utility and service costs.  He can’t afford it!

This gentleman rehabilitated 3 crack houses into nice apartment buildings.  He said he feels the borough is his enemy.  He also stated he can get $200 – $250 more a month if he rents to Section 8 recipients.

We then listened to a presentation from Attorney Sager about a plan of attack being used in many cities across the nation. Filling civil lawsuits against offending property owners for code and nuisance violations can have the desired outcome of taking the bad property, getting rid of the slumlord and the criminal element tenants and replacing them with decent people.  We want to attract and retain good tenants while getting rid of the bad ones.

Attorney Sager said we should take a map of Pottstown and put pins in the map to pinpoint the problem areas and find a pattern.

Attorney Sager also discussed the possibility of taking property through eminent domain by the borough as another means of ridding Pottstown of undesirables.

A spirited discussion followed with many people asking questions like “Can we afford to pay the legal fees to sue people?” “Why isn’t the borough doing more?” and other similar questions.  Residents and property owners in attendance were frustrated and in pain over the recent flurry of gun activity in the “core neighborhood”.  Code Blue member Amy Francis said she no longer feels safe in her home.  A property owner from Lower Pottsgrove said he just lost two good tenants because of the recent rash of shootings.

President Toroney answered questions about what steps the borough is taking to deal with slumlords such as water shut off on delinquent properties, the sheriff sale of properties, Portnoff’s more aggressive collection efforts etc… His answers were not always met with enthusiasm. The discussion became quite heated at times due to the high anxiety level of residents in attendance.

Despite varied opinions and temperaments, a good first step was taken.  It was suggested that a Task Force be formed to tackle this escalating problem. Code Blue also mentioned they are developing a Community Land Trust that will help with this process along with the new rental ordinance the borough has developed.

IMHO it will take a multi-faceted approach to fix this problem. 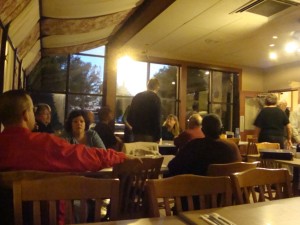 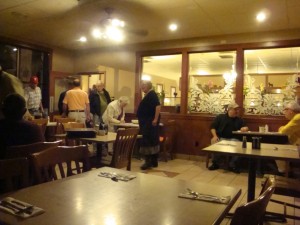 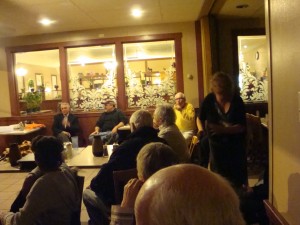